Fire in the Forest

Designed to stimulate a fresh and wider understanding of the global significance of the Amazon rainforest and the urgent need to address its problems. 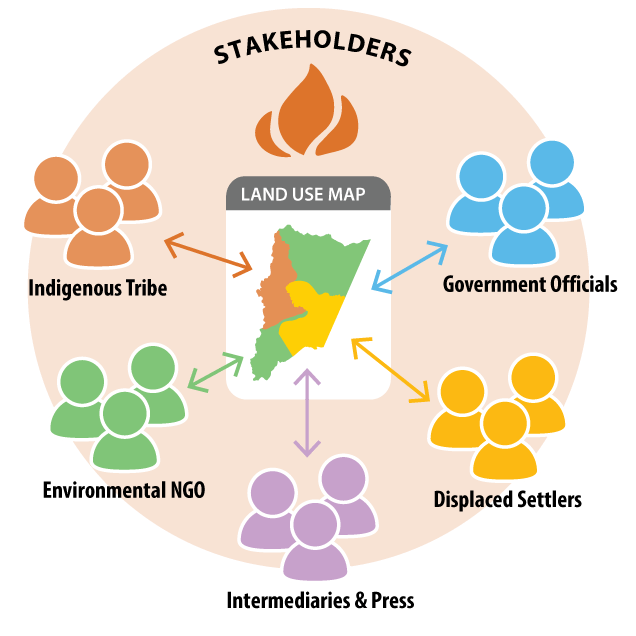 Fire in the Forest is a role play simulation game. Originally published in 1990, it has reached over 100,000 participants nationwide and overseas, including the Environmental Conference in Kazan, Russia. Reflecting on the deepening crisis in the Amazon River Basin, the simulation has been updated and re-released by Moorhead Kennedy and his team for remote, in-person, and hybrid educational settings.

The simulation begins in a fictitious South American country where a land use crisis is threatening civil society while the environment of the rainforest remains at extreme risk. Working in teams, participants take roles of environmentalists, bank representatives, local indigenous people, regional government officials, displaced settlers, intermediaries, and media. They are all under the intense pressure of a deadline to solve land use disputes amidst fast-moving events of the simulation.

Fire in the Forest can be played with participants at various levels of maturity and familiarity with the issues involved. The simulation is designed for all of the following.

In secondary schools, mixed student and adult participation, e.g. as a community event, can be most successful.

In its most basic form, Fire in the Forest can be presented in as little as three hours. There are four distinct periods:

Each session can be completed in 40–50 minutes. How you choose to deploy the simulation depends on your circumstances. Implementing the simulation through a series of instructional periods, as a unit within a larger course, or in its entirety via a workshop setting are all worthwhile. 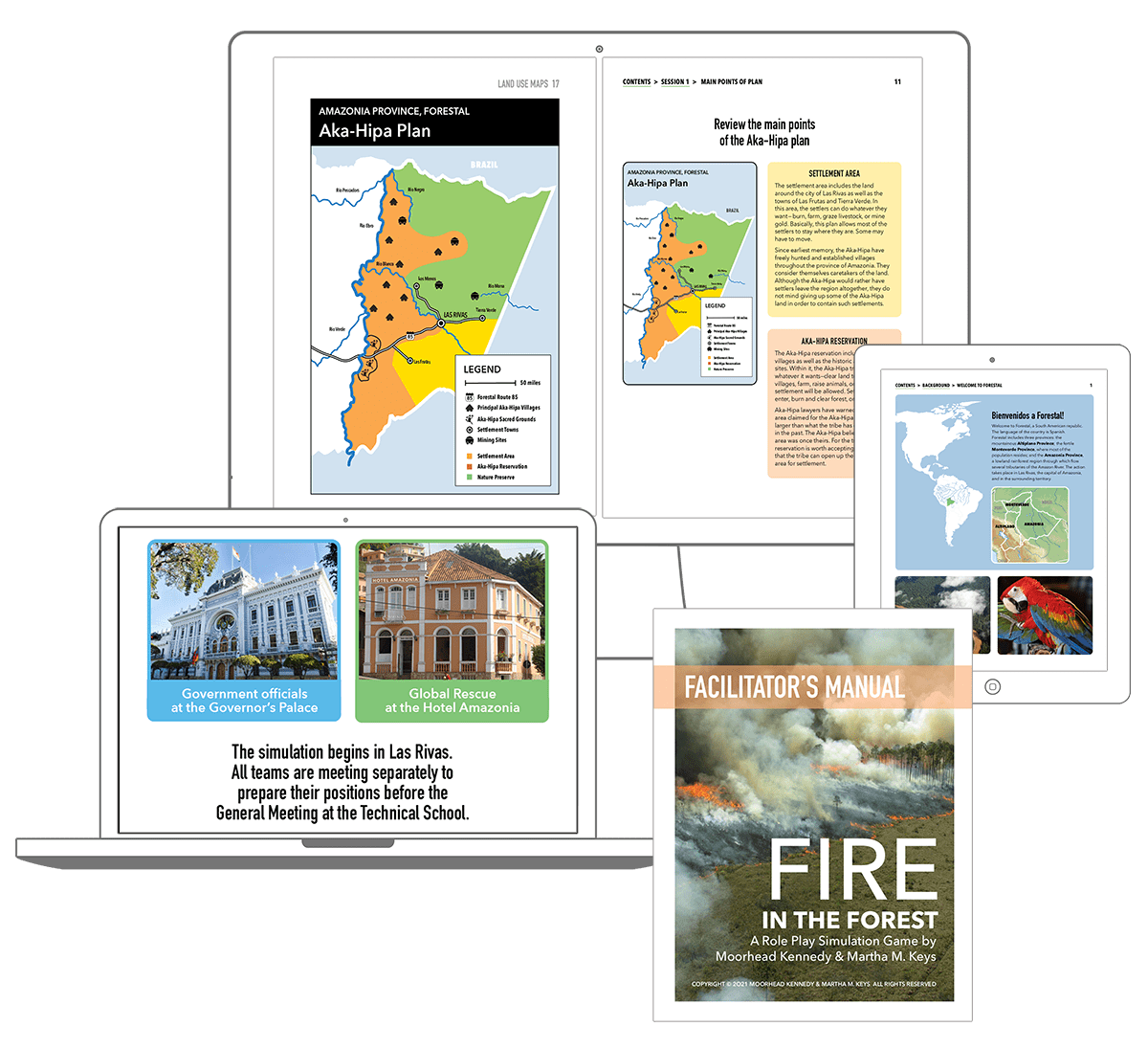 Fire in the Forest can be deployed in a variety of ways depending on different settings, schedules, and technological resources available. This allows a flexible approach to meet any educational challenge and to adapt the simulation as needed.

Fire in the Forest curriculum unit provides everything you need to run the simulation, including the following.

Fire in the Forest can be purchased for $99 by teachers and facilitators as well as by sponsors seeking to donate the unit to an educational institution of their choice. All sponsorships are tax-deductible. Sample previews of Fire in the Forest materials are available upon request.

The largest rainforest in the world is a critical piece of the global climate solution. Without the Amazon, we cannot keep the Earth's warming in check.

To this day, the Amazon remains the most endangered rainforest on the planet. Fire in the Forest catalyzes engagement in diverse, interconnected, and pressing challenges, facilitating global impact via local action.

Fire in the Forest is a project of Something In Common, a tax-exempt non-profit 501(c)(3) organization.